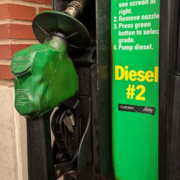 With the turn of the calendar to July, truck drivers will see increased diesel fuel prices in 12 states due to rising fuel taxes.

While some states’ increases are less than a cent, some states’ taxes on diesel will be immediately noticeable. All of the following fuel tax increases took effect Monday, July 1.

For additional information on the diesel fuel tax increases in other states, read the full article.