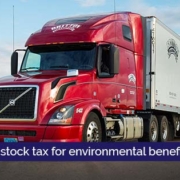 Legislation being considered in the Massachusetts legislature seeks to bring Massachusetts in line with a majority of other states (37 states, including the six neighboring New England states) within which an exemption from sales and use tax for rolling stock already exists. This proposed legislation does not allow a motor carrier to avoid paying the multitude of other taxes and fees otherwise required under federal, state and local law. However, many other surrounding states do not tax rolling stock; therefore, creating another incentive for interstate trucking companies to either leave Massachusetts or forego it in favor of other states. (i.e. potential companies in the future).

A recent study by Northeastern University’s Dukakis Center has shown that the elimination of the rolling stock tax will actually produce at least an additional $15.9 million in taxes created by the growth of the for hire portion of the trucking industry. From an environmental perspective, this initiative will incentivize trucking companies and companies with truck fleets to buy newer, safer and more environmentally friendly trucks in the Commonwealth – whereas the current policy discourages this. In particular, this legislation will promote a cleaner, greener Commonwealth by promoting the purchase of vehicles with higher emissions standards and greater fuel efficiency.

Removing the incentive to hold onto trucks as long as possible in Massachusetts will lead trucking companies to purchase new trucks. As reported by California Environmental Protection Agency, Air Resources Board (ARB), “new technology diesel engines using low sulfur fuel reduce the emissions and risks of diesel particulate matter by over 90 percent compared to diesel engines of the past. This brings the emission levels of PM2.5, oxides of nitrogen (NOx), and gaseous toxic air contaminants from new technology diesel engines down to or below the levels found in the exhaust emitted by other fossil-fueled vehicles, such as gasoline and compressed natural gas vehicles.” By purchasing new trucks, companies will be reducing the presence of particulate matter (PM2.5) by 99% and the presence of nitrogen oxide by 98%. The key, however, is getting older trucks off of the road.

The environmental benefits of encouraging the purchase of new trucks is significant. On November 13, 2018, the United States Environmental Protection Agency (EPA) announced the Cleaner Trucks Initiative (CTI), a future rulemaking to update standards for nitrogen oxide (NOx) emissions from highway heavy-duty trucks and engines. Over the last decade, NOx emissions in the U.S. have dropped by more than 40 percent. Nonetheless, EPA expects that heavy-duty trucks will be responsible for one-third of NOx emissions from transportation in 2025. As well, the technology surrounding electric trucks continues to improve – meaning electric powered trucking will be able to eliminate the emissions that have been associated with carbon based fuels. Older trucks, which are often grandfathered when new standards are created, do not have the newest technology.

In all cases, however, Massachusetts’ current law on the taxation of rolling stock creates a disincentive where trucking companies are encouraged to keep their less clean trucks. Notwithstanding the impact Massachusetts current law has on the behavior of national trucking companies, who can simply cycle their older trucks through the state, the current policy is counter-productive to the Commonwealth’s environmental protection strategies. Bringing the rolling stock exemption back to Massachusetts will create an incentive for purchasing cleaner diesel and alternative field trucks in the future.

According to the Diesel Technology Forum (DTF), “while continuously making commercial trucks more fuel efficient, diesel engine and truck manufacturers have also been making them dramatically cleaner, a significant accomplishment considering that increased fuel efficiency and lower emissions are near opposite and competing forces in diesel engine design. In fact, diesel vehicles manufactured after 2010 achieve an average 5 percent improvement in fuel economy resulting in petroleum reduction equivalent to 5.8 billion barrels of crude oil. An owner of a single Class 8 truck powered by the latest clean diesel engine can expect to save about 960 gallons of fuel each year compared to previous generations of technology. Additional fuel-saving strategies are being developed to improve efficiency, including further engine refinements, vehicle aerodynamics and expanded use of hybrid technology for some applications.” 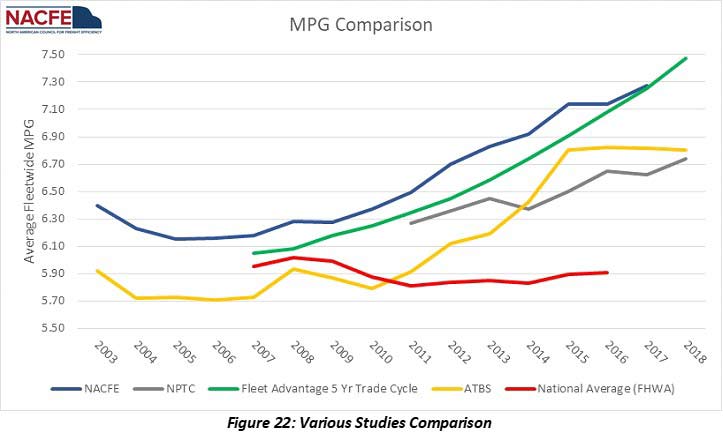 Again, the future opportunity for reducing the use of carbon fuels through the purchase of new vehicles will increase. As further reported by the DTF, “[n]ew diesel vehicles are increasing their penetration in the marketplace because they are more fuel efficient, in part, due to meeting the requirements of Phase 1 of the U.S. Environmental Protection Agency (EPA) and National Highway Traffic Safety Administration (NHTSA) Fuel Efficiency standards that went into effect in 2014. Manufacturers are also investing new technologies including new engine designs to meet Phase 2 of these rules that kick-in in 2021. Over the lifetime of the vehicles affected by the new rule, the program is expected to reduce oil consumption by more than 530 million barrels, result in more than $50 billion in net benefits, and reduce carbon dioxide emissions by 270 million metric tons.”. But, again, without changing Massachusetts current laws relative to the taxation of rolling stock, companies will not update their vehicles until the last possible moment – thereby increasing our overall carbon fuel consumption.

The elimination of the Commonwealth’s tax on rolling stock will improve air quality and reduce the use of fossil fuels in addition to creating jobs and supporting the future of the trucking industry in Massachusetts.