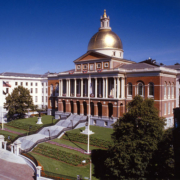 As you may know, the Baker-Polito Administration has been reviewing the processes and procedures that led to the tragedy in New Hampshire involving a pick-up truck with an attached trailer and a group of motorcycle operators and riders. As part of that review, the governor has filed legislation [Bill H.3980] to make changes to the state portions of the commercial drivers license (CDL) program.

Among the items included in the legislation:

TAM will have more updates on this matter as it progresses through the legislature.